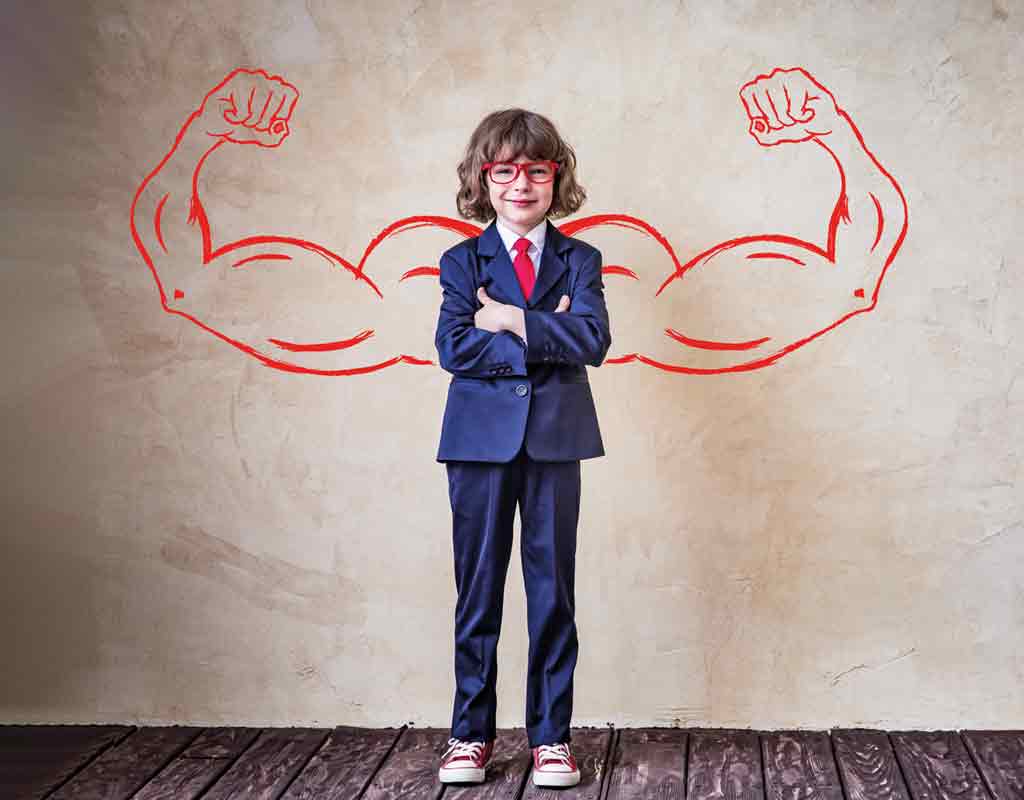 With over 240 entries submitted worldwide from child inventors in the Ideas for Ears competition, the judges had a challenging task to select the top entries from all across the globe.

We can proudly announce the following child inventors will be travelling to MED-EL Headquarters in Innsbruck Austria to see where inventions to help people living with hearing loss are developed.

Congratulations to the Ideas for Ears Winners:
Alexandre from Florianópolis in Brazil.
Avery from Chicago in the United States of America.
Arwen and Katharina from Upper Bavaria in Germany (joint entry).
Jacob from Oxfordshire in England.
Olivia from Auckland in New Zealand.
Parker from Kansas in the United States of America.
Uttendorf school class from Salzburg in Austria. 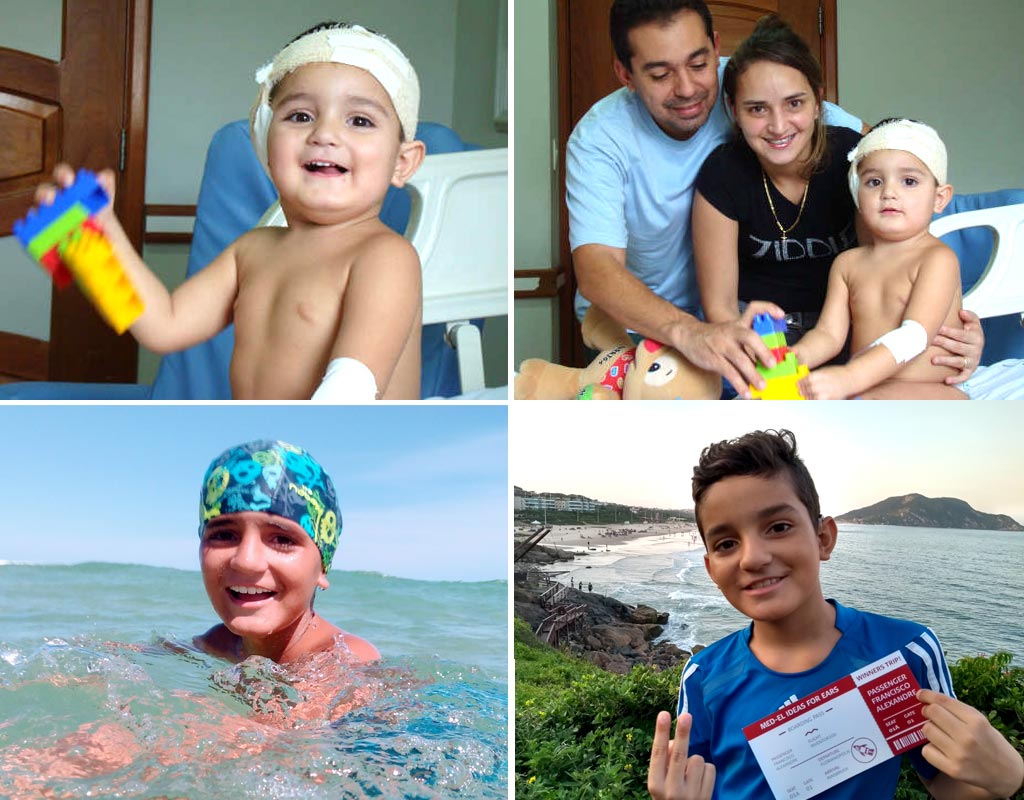 Alexandre developed 7 smartphone applications all with the aim to improve the lives of cochlear implant users. Some highlights of his inventions include MED-EL MIC, an application which is activated in loud environments to take out the noise to equalize the sound, or when the cochlear implant user wants greater speech intelligibility. He also invented MED-EL Voice, an application which can be accessed by voice command to facilitate the life of blind implants.

Deborah, Alexandre’s mother says when they told him that he was one of the children who won the contest, he was very happy, “It is the best gift I ever had, since I always dreamed of knowing where my implant is made and how they are manufactured, I cannot stop talking about new inventions that I want to create for MED-EL. I created this invention to improve and facilitate the lives of the hearing impaired, so that they have the possibility to have a life without limitations in relation to their deficiency.” – Alexandre 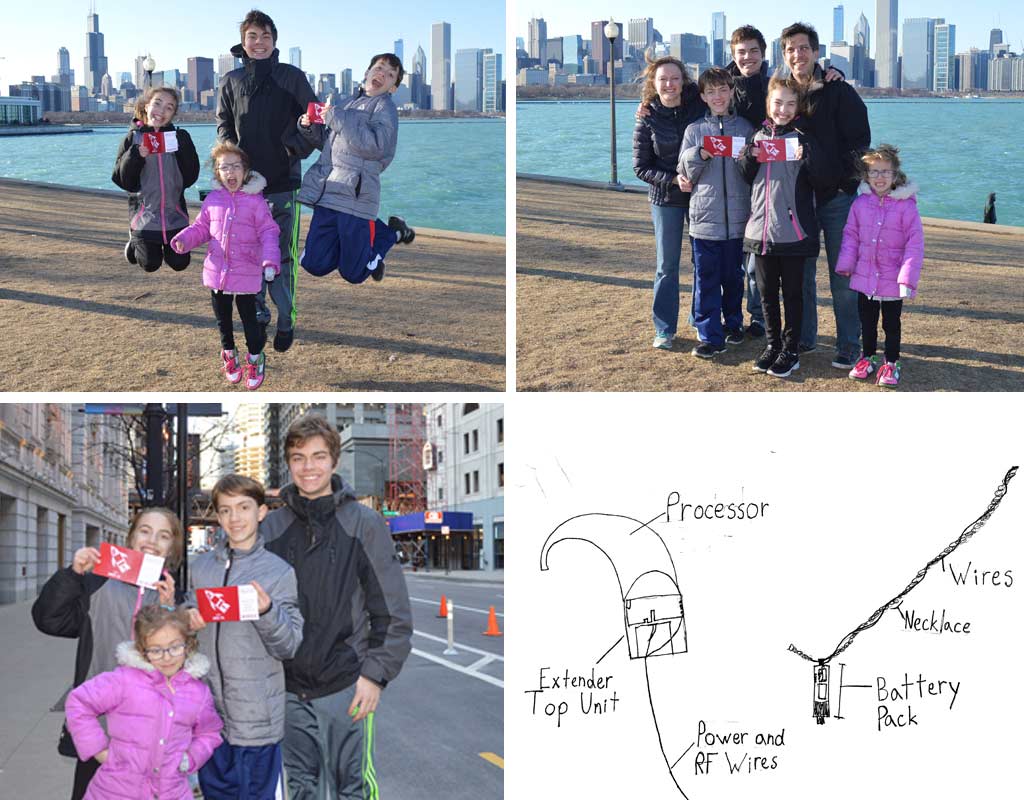 Avery’s invention was called the C.I.B.E. Cochlear Implant Battery Extension  which he invented to help his little sister Raquel.

“I was amazed that my invention was a winner of MED-EL’s competition. My little sister has a cochlear implant. It helps her hear but the battery is big behind her tiny ear. I wanted to design something that makes it less cumbersome for kids like her to wear.” – Avery

Arwen, from Herrsching am Ammersee and Katharina, from Andechs invented a 3D glasses with special subtitles for the hearing impaired. The spoken text runs along the bottom of the glasses.

“I liked the project immediately, because I like to help people and I like to experiment. And of course, we also love to win prizes. Since then, together with my school friend Kathi, this little “Cinema for Hearing Impaired” was created. I like to go to the cinema myself and it’s a shame that hearing-impaired people can not really enjoy it that way without sound and just with a picture.”- Arwen

“I really liked the project because I want to help deaf people. In everyday life I am helpful. We came up with the idea because we like to go to the cinema ourselves and it occurred to me at my last visit to the cinema.”- Katharina

Jacob’s invention was a pair of hearing glasses which assist people with hearing loss by helping them see things they can’t hear.

Jacobs mother Amy says he is delighted about being picked as a winner and he’s already thought up some improving modifications to his invention! “I really love inventing. I wanted to invent a great gadget to help people with hearing loss know about the sounds happening around them – to help them join in and keep safe from dangers they can’t hear. I’m so excited about visiting the MED-EL research and development factory to meet some inventors and see their creations”- Jacob

Olivia invented a range of solutions to help people living with hearing loss called MED-EL Magic. When she was announced as a winner in the competition Olivia says “I felt so happy, like I was going to cry. I’m really excited and looking forward to seeing the MED-EL factory. I chose these things to make peoples lives better because what if there’s a fire, then how would you wake up or how would you wake to an alarm in the morning. I’m looking forward to next year and going on the trip!” – Olivia

Before flying to Austria, Olivia’s mother Alice shared her excitement about the upcoming trip: “Olivia finished packing her bag today – here she is (pictured above) adding her MED-EL luggage tag and sorting her drying chamber and spare parts and batteries to go into her bags too. Only 4 sleeps till we fly out now!! Very excited! Olivia told me at bedtime tonight ‘this is going to be the best trip ever mum!’”- Alice

Parker’s vision was too not only create a solution for hearing loss, but instead to cure it completely. He was inspired by his little brother Carter (pictured above) and his mother Tracey who both live with hearing loss. Parker’s hearing loss theory included using the cells from salamanders to regenerate hair cells in the cochlear.

“Well, I just really love science and I want to be able to use it to help the world and my parents saw this competition called Idea for Ears, it was sponsored by MED-EL the company that makes the cochlear implants that my mom and brother wear in order to hear. They have hearing loss and it allows for them to hear again, and the contest is where you have to come up with ideas that will make their lives easier and I thought that the best way to make their lives easier was by curing hearing loss itself.” – Parker

The Uttendorf school class came up with a range of innovative concepts for hearing loss including  a speaking and writing glove, a vibrating wristband that warns you when cars are coming from the side, a sound ear in which one can speak and cables lead to headphones that activate the brain and a hearing dog (pictured above) that shows via body language the information to the hearing impaired person.

My students were amazed that there are children who do not hear anything – not even the rustle of leaves,” says Elisabeth, who teaches the winners from Uttendorf. “Each of the kids wanted to help. The students were so enthusiastic that they even took things from home like a shower hose.”

Read more about the inventions from Uttendorf school here.

What an amazing group of child inventors! Make sure you see how the winners trip to MED-EL Headquarters went here: Winners travel with their best ideas

Are you interested in participating in the 2019 competition? Then send us an message to get involved!

All images © 2018 MED-EL. Please contact awareness@medel.com for permission to use. 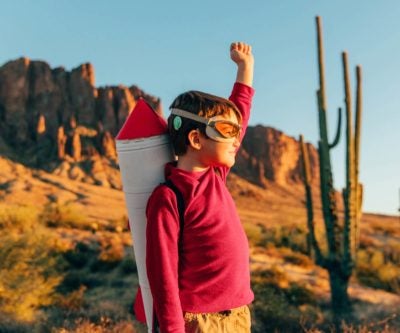 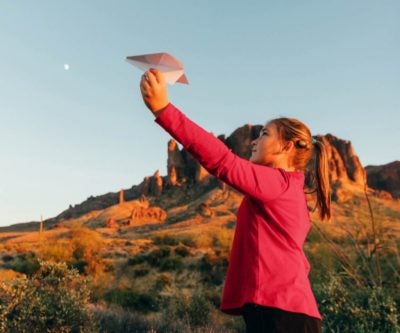